Get fresh music recommendations delivered to your inbox every Friday.
We've updated our Terms of Use. You can review the changes here.

Don't Give Up the Ship

by Escape the Clouds 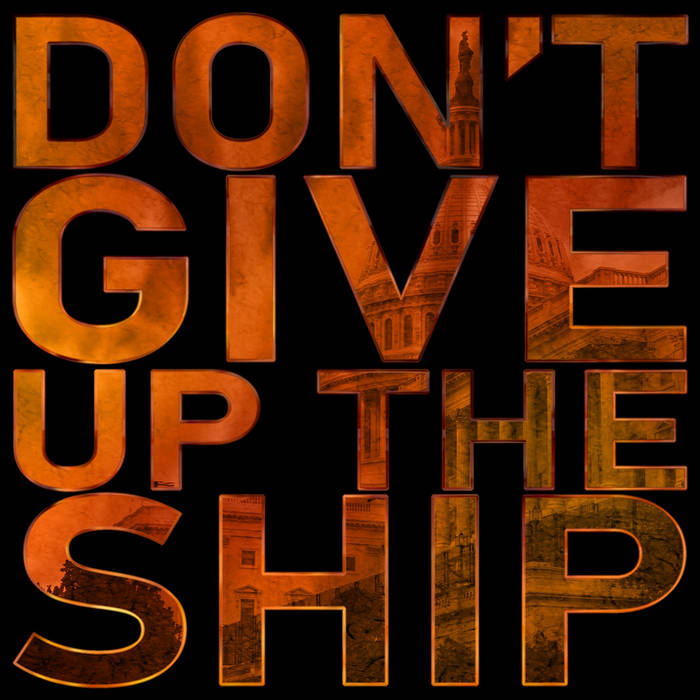 A song about this imperfect country we call the United States, the diversity that comprises it, and the inflection point at which we find ourselves. I originally wrote the first verse of this song circa 2015, but shelved it until I could figure out the right way to continue it.

After the shock of the Jan. 6th, 2021 insurrection, I revived it, using the song to channel the horror, sadness, and anger I felt that ugly day, as that mob tried to break this democracy. Now, exactly a year later, the people responsible for that obscenity continue trying to rewrite history, shift blame, and forge an alternate reality where somehow they were the heroes and victims. As a student of history, I've seen this play before.

This song is an ode to those who stood for our democratic institutions, a condemnation of those who tried to use misinformation and violence to overthrow them, and serves as a reminder that the ongoing fight for this country's soul and future is still very much a tossup.

She's a stout old vessel with a keel of steel and a heart within that beats strong.
Carved by imperfect men who hoped she'd still be here long after they were gone.

We are her crew, the stewards of her fate and champions of her good name.
When the seas rise up and the weatherglass drops, we must carry on the flame.

We each came aboard at our own port, as different as day is from night.
But if we fail to stand together now, to the sharks we'll all taste alike.

Forty-odd captains have taken command, each daring to prove their skill.
Her hull bears the scars where many a reef triumphed over their will.

In the dark below decks, mutinous crews threaten to seize control.
Lusting after a rewritten past that never was fair for all.

Heroes in their own fever dream, swathed in their flags of hate.
Urged on by men with seditious hearts who'll never catch their own whiff of the grape.

They storm the aftcastle and our lines bend, but our resolve holds fast.
As we lock arms and refuse to bow, we repel them with one last gasp.

We try to mend the sails and ourselves, and see yet another dawn.
Only to stand at the rails and watch yet another storm gather on the horizon.

Now her keel is broken and her rudder askew. How long can this voyage go on?
How long before we must man the boats and say we've had a good run?

Escape the Clouds crafts stories through both music and words, creating vivid, character-driven steampunk music. For more information about this and other work, please visit:

Bandcamp Daily  your guide to the world of Bandcamp

Sampa The Great joins the show to discuss her release, "As Above, So Below".